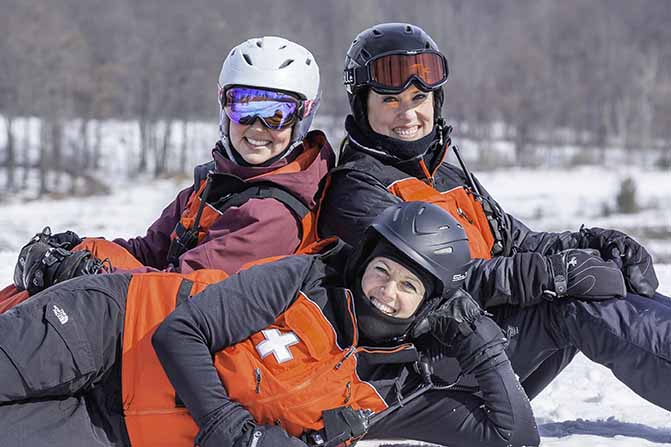 Since its formation in 1938, the National Ski Patrol (NSP) has evolved into one of the largest outdoor-winter rescue organizations in the world. It is composed of more than 28,500 members serving over 600 ski patrols including volunteer, paid, alpine, snowboard and nordic patrollers throughout the United States and certain military areas in Europe. The NSP membership provides countless years of service and devotion to the skiing community by providing safety education, emergency care, and rescue services.

In 1980, the National Ski Patrol was recognized as a Federal Charter by the United States Congress. This is a coveted endorsement that only a few other American institutions, such as the Red Cross, the YMCA, and the Boy Scouts, have earned. The Charter stipulates the promotion of safety and health in skiing and other outdoor winter recreational activities. The NSP reports directly to Congress.

The Snow Snake Ski Patrol consists of dedicated volunteers providing ski/boarding safety. The responsibilities include hill safety, skier/rider safety education, emergency care and rescue. Their mission is to serve the skiing public without charge in the rescue and first aid treatment of injured skiers, offering this service in a courteous manner, affording the best public relations possible for the Snow Snake and our organization.